A Feldenkrais lesson that follows the structure of the iconic progressive rock song by King Crimson, “21st Century Schizoid Man.”

Critics once reviled it, but now it is seen as the foundation of progressive rock and metal.

After reading the excellent two-part series on the song and the band in Rolling Stone Magazine, I was intrigued. I listened to the song again and thought, “yeah, that’s like a Feldenkrais lesson.” So I got into it more deeply and decided to create a tribute lesson to “21st Century Schizoid Man”.

You can learn more about the song, the structures, and my lesson here on my blog post.

So, enough about structure. What’s this lesson going to do for me? 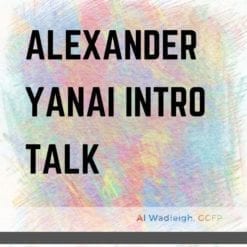 Al introduces the Alexander Yanai series which is comprised of 550 lessons Dr. Feldenkrais taught at his studio on Alexander Yanai St. in Tel Aviv, Israel from the 1950s-1970s. 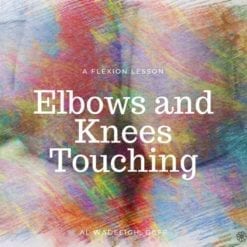 Rated 5.00 out of 5
$9.00
by Al Wadleigh, GCFP This lesson explores many ways of engaging the flexor system and as a result, creating length in the extensors and ease in the back. MP3 Download, 1 Feldenkrais Lesson.
MP3 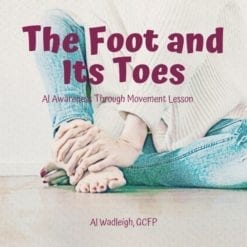 The Foot and Its Toes

Fun and a playful lesson of getting to know your feet. You will learn to differentiate, move, and sense the different parts of the feet. 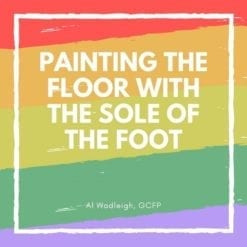 Painting the Floor with the Sole of the Foot

By exploring many ways of painting imaginary lines with your feet, you enhance their awareness and create ease in your hip joints and lower back.